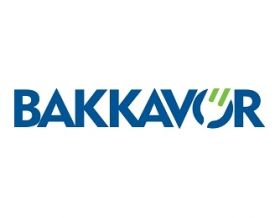 A second Bakkavor worker has died amid a coronavirus outbreak at the fresh prepared food manufacturer’s Tilmanstone Salads site in Kent.

The employee passed away after testing positive for the virus and the company said its thoughts were with their family who it is supporting "at this difficult time".

According to a Bakkavor spokesperson, the member of staff had been away from the workplace since 11 November and had reported sick after a period of annual leave.

The food manufacturer said there was also “no evidence” at "this early point in the investigation" that the other employee who died contracted coronavirus at work.

At the time of writing, Bakkavor Tilmanstone Salads had 65 members of staff off work who had tested positive for Covid-19. A further 68 were self-isolating as a precautionary measure.

GMB Union, which represents workers at the site, lodged a “formal collective grievance” on behalf of its members, saying: “We believe the health and safety of our members has been seriously compromised at the factory.”

The union called for Bakkavor to offer full pay to anyone taking Covid-related absence, to arrange mass testing for staff, and to perform a deep clean at the site.

Bakkavor said that as a business it has “fully followed PHE guidelines for the duration of the pandemic.”

Responding to GMB’s demands, the food manufacturer said it was looking to introduce “enhanced outbreak pay” for affected staff, with details to follow “in the coming days”.

The company added that an on-site testing programme had already been arranged with Public Health England (PHE) and Kent County Council and would begin next week.

Furthermore, on 2 December a specialist company carried out a “certified enhanced chemical clean of the amenity block, including changing rooms, canteens, toilets and offices”, it said.

GMB Union responded: “The company has enlisted an independent company to clean the facility – but the process only took a few hours and the factory remained open. This is clearly not good enough.”