The country's growers are reporting on a strong campaign, with all categories set for year-on-year growth 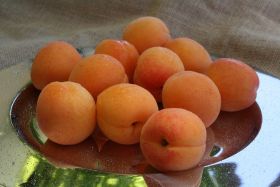 After some years of disappointment, the South African stonefruit industry is celebrating an excellent export crop, with all categories likely to exceed last year’s volumes.

The apricot crop is virtually finished and growers have reported on their best season in three years, with growth of 89 per cent and export volumes reaching almost 672,000 cartons.

The peach season is also heading towards its end, with an expected export volume of 2.2m cartons, a 10 per cent rise on last year.

With nectarines moving toward the second half of the campaign, growers are forecasting a 10 per cent increase on the previous season, with the estimate standing at 5.57m cartons.

The plum forecast is some 26 per cent higher, with expectations that 11.228m cartons will be shipped by the season's end.

Early season plum varieties grew by 37 per cent and late season varieties are expected to grow by 39 per cent.

The season is not without challenges, however, with rapid increases in Covid-19 cases making things difficult for the industry.

“We are also dealing with a new marketing environment with the UK having left the European Union at the beginning of January,” du Preez continued. “So far, with good logistics planning, the industry is coping well. We entered a fairly empty market due to supplies from elsewhere to Europe and the UK finishing up early and our season having been late. We caught up quickly and all markets are now well supplied.

“While we are happy with the result so far, we must note that we are now only at a level where we thought we were going to be some years ago,” he explained, adding that while shipments to the UK and Europe were running well despite some problems with wind in Cape Town, shipments to the Middle East had also been strong.

Operations at the port of Cape Town have also improved with the industry meeting port authorities on a weekly basis to iron out problems.