For French apple suppliers to the UK, the main issue since Brexit has been the extra administrative burden, but concerns remain for the future 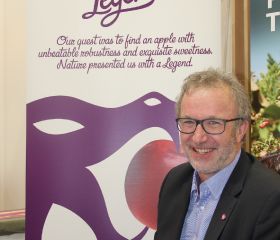 This week, the UK government has been forced to strongly deny claims that trade with the EU has been hit badly since the start of Brexit this year.

For French apple exporters to the UK market, the main issue appears to have been the extra admin involved, but concerns do remain over the need for additional phytosanitary checks and documents in the future.

“So far we have been able to get through OK,” says Marc Peyres, commercial director at Blue Whale. “There have been some extra costs due to customs procedures. However, our main concern is the next stage, with the possible need for phytosanitary documents creating more administrative work.”

Didier Crabos, director of Cofruid’Oc Méditerranée, said that the company had seen no downturn in activity to the UK since Brexit, and that momentum remained strong.

“It is possible that, faced with the complexity of current procedures, business is concentrating among players willing and structured to respond to that complexity,” said Crabos.

The most important thing right now, according to Valérie Flouret, responsible for the UK market at Cofruid'Oc Méditerranée, was to be able to anticipate the needs of customers, as well as the packhouse and sales departments.

“The certificates of conformity have to be completed at least 48 hours before the date of departure,” she said. “This demands precision in packing and complying with orders, with little flexibility to changes and unforeseen events. So you need very good coordination between the packhouse and the commercial team.”

Flouret said that the extra administrative burden had increased the time taken over each shipment by three or four times, with additional costs likely to amount to tens of thousands of euros a year.

“The main difficulty to come will be the implementation of phytosanitary measures,” she said, echoing Blue Whale’s Marc Peyres, “which will cause additional costs and increase the administrative burden even more.”

For Peyres, the most unexpected side of Brexit perhaps concerns Northern Ireland. “When we export apples to our customers in places like Manchester, they cannot send them to Northern Ireland without phytosanitary documents,” he said. “It is ridiculous that a rapid solution hasn't been found yet.”