Following alleged abuses at businesses in Camellia’s Kenyan and Malawian operations, a settlement has been reached that involves a number of local initiatives 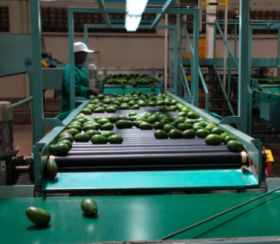 In January 2020, Camellia announced that it faced legal claims in the UK based on allegations against two businesses in its African operations, avocado producer Kakuzi in Kenya and tea producer Eastern Produce Malawi (EPM).

Settlements are reportedly set to cost up to £4.6m regarding the Kenyan claims and £2.3m concerning the Malawian claims.

In Kenya, multiple human rights abuses had been alleged against Kakuzi’s farm guards, including murder and sexual assault.

According to Camellia, the settlements consist of payments to individual claimants and a contribution to their legal fees, in addition to a number of relevant local projects.

“The settlement [in Kenya] is intended not only to resolve the claims themselves, but also to help Kakuzi to strengthen its relations with the local communities and to continue to support the thousands of smallholder farmers who rely on Kakuzi to get their avocados to market,” Camellia stated, as part of a trading update.

The group said that Kakuzi's Operational-level Grievance Mechanism ('OGM’), announced in October, would be developed and implemented, including wide-ranging stakeholder consultation.

“The OGM will be compliant with UN Guiding Principles on Business and Human Rights,” Camellia stated. “It will allow any future complaints of personal injury or human rights abuses at Kakuzi to be resolved fairly, locally and quickly. Triple R Alliance, a leading human rights and OGM consultancy, will review, guide and oversee the OGM. An Independent Monitor will also observe and report on the OGM.

“Although not party to the litigation or the settlement, Kakuzi has confirmed that it will be putting in place certain measures, for the benefit of the communities on and around its farm. These include: (1) the funding of charcoal kilns and access to firewood so local communities can produce and sell sustainable charcoal for their own income generation; (2) building two social centres for community meetings; (3) employing predominantly female Safety Marshalls on Kakuzi's farm to give visible reassurance to those using access routes and particularly women; and (4) building three new roads accessible to the community without any requirement to obtain a licence to give people better access to local amenities; (5) the establishment of a Technical Working Group to survey and demarcate land which has been previously donated by Kakuzi; and (6) the design and implementation of a human rights defenders policy.”

Kakuzi has reportedly brought in independent experts IBIS to conduct a human rights impact assessment of its operations in a bid to win back local confidence.

The Board of Camellia has also established a Safeguarding and Stewardship Committee, made up of current non-executive directors and external experts, including Louise Nicholls, chair of Suseco and former head of human rights and food sustainability at UK retailer M&S.

Camellia revealed that underlying profit for 2020 was likely to be considerably over market expectations at around £15m, thanks to better than expected trading results in agriculture and lower costs across its operations.