The critical issue of succession planning is still taking a back seat in UK family produce businesses, with potentially devastating effects. Here, experts explain how best to approach this sensitive and essential matter 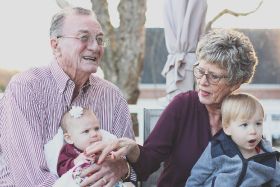 Whether you’ve sweated blood to build up a fruit import firm from scratch or are the fourth generation to inherit the family apple farm, chances are you want your business to survive long after you’ve hung up your boots. Perhaps you see yourself as the company steward, taking care of the family firm until it is passed on to your children, and the generations after that.

These are heart-warming thoughts, but have you actually done anything to make them happen?

Going on recent statistics, the answer to that question is quite possibly not. In 2018, PwC revealed that 43 per cent of UK family companies have no succession plan in place. Meanwhile, a 2020 University of Exeter/NFU Mutual survey found that 27 per cent of British farmers had never even broached the topic of retirement with their family.

Yes, taking time out of a busy daily schedule for succession planning can seem onerous. But, says the Institute for Family Business (IFB), it’s a potentially fatal mistake to leave it to the last moment. This can – and often has – put the very survival of a family business at risk.

Experts say succession is best handled through long-term strategy. When planned over five to 15 years, senior leaders can identify suitable candidates within, or from outside, the family and give them adequate training for their role. Planning ahead can also prevent conflict or power-struggles among senior staff and family members, they explain, as well as avert difficulty in obtaining long-term investment and the unwelcome risk of a significant tax hit.

Successful succession planning is a lengthy process that requires inter-generational teamwork, according to IFB. It is not an event. Getting the family aligned, having difficult conversations, creating the right structures and re-assessing them as times change are what makes succession a process, it says.

Indeed, succession planning is often put off precisely because it can be emotive and difficult. “Humans are emotional creatures, so it has to be acknowledged that everyone will have an emotional feeling around this succession plan,” says family business consultant Russ Haworth in his Family Business Podcast on barriers to succession planning.

For the senior leader, their role in the family business is often intrinsically linked to their sense of identity and purpose, so considering giving that up is daunting and upsetting. Meanwhile, the next generation can find it hard to broach the subject of taking over, and, equally, can be intimidated by the prospect.

In agriculture, where farming is quite literally a way of life, such sentiments are keenly felt, as the University of Exeter discovered in its survey. “Farming is an identity. Facing up to the reality of stepping back and being no longer in charge tends to put people off,” says Professor Matt Lobley, whose research found that 21.4 per cent of UK farmers never retire as a result.

Nevertheless, face up to it, they must. “There is still a very pronounced need to actually encourage [succession] planning,” Lobley says. “That struck me as something the industry desperately needs to address.”

So, where do you begin? First and foremost, start talking, says IFB. “If you encourage positive communication [within your family], without judgement, you will have a better chance of making sure that the direction of travel for the family business is one that suits everyone,” it says.

Now you’re communicating more effectively, start planning. “Look at succession as continuity management,” advises Haworth. “This takes the emotion out of it and takes some of the pressure off individuals.”

And remember, you don’t need to lump leadership, management and ownership together when succession planning, he says. They are separate succession issues that don’t need to happen at the same time. “It’s not an all or nothing,” says Haworth. “The incumbent generation aren’t being asked to give up everything.”

From the outset, be clear about each other’s expectations. It’s important to be honest about hopes and feelings, says Haworth. If you know from the outset that your children don’t want to join the business, it won’t come as a shock 10-20 years down the line. Equally, if your child expresses doubt about being the right person to take on the company, those feelings can be addressed. At the same time, the senior generation might not want to give up their role and ownership. Ask them what they would like to do instead, and often a solution can often be found.

“There are legal and financial barriers to overcome when succession planning, but they are usually quite straightforward to resolve [by solicitors and accountants],” says Haworth. “But when it comes to the emotional aspects, there’s no technical fix. But once you understand that everyone’s going to have a different perspective, different expectations and emotions, and that they are not more right or wrong than you are, that can help oil the process.”