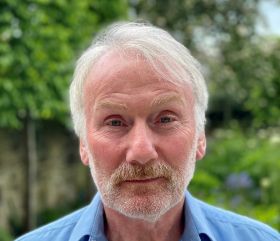 With over 25 years’ experience in the food sector, Norman Soutar has headed up a number of suppliers including Hillsdown Moscow, Strathaird Salmon and Baxter Foods Group.

More recently, he was chief executive of East Yorkshire-based family business William Jackson Food Group where he spent 14 years, more than tripling the company’s revenue and overseeing a number of disposals and acquisitions.

“The company’s success is built on these solid foundations and it has huge potential for further growth. I am looking forward to working alongside the board to take the business forward, helping shape its strategic direction and using my extensive leadership experience to support the senior team.”

Soutar has been appointed to “add strategic overview” and “provide a robust structure for continued growth”, Troy Foods said.

As well as bringing “a broad range of financial and management skills”, he will also act as a mentor to the management team, the company added.

“Norman is a highly respected figure in the food industry and I am proud that he has chosen to join us and become Troy Foods’ first non-executive director,” said Troy Foods chairman David Kempley.

“With his vast experience in the sector and more than 20 years of working with family businesses, he will bring immense value to the company as we focus on continued growth and further improving business performance going forward.”

Dating back to 1921, Troy Foods is a fourth-generation family business, now employing 400 people across its four Yorkshire sites.

It supplies a selection of prepared vegetables for ready meals and retail packs in leading supermarkets.

In recent years, the company has diversified into processing value added lines such as dressed salads including coleslaw, potato salads, pasta salads and dips as well as mayonnaise and dressings to retailers and foodservice groups.