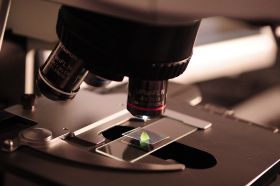 It has the potential to make crops "much more nutritious and resistant to pests and diseases, as well as more productive and beneficial to the environment", Defra said in a statement.

Gideon Henderson, Defra chief scientific advisor, said:  “These tools enable us to harness the richness of natural variation to build better crops, speeding up a process humans have done through breeding for hundreds of years.

“The NFU will be examining today’s announcement in detail and will work with Defra to ensure the right legislative system is in place, not only to drive research but also to provide a route to market for improved varieties and breeds," he said. "We also urge government to provide the necessary researchers and companies with a clear timetable. The government will also need to work closely with the devolved administrations to deliver something which works for the whole of the UK."

UK crop science organisation NIAB also welcomed today’s announcement. NIAB chief executive Dr Tina Barsby said it sent an important signal that Britain is adopting a more pro-science approach outside the EU, aligning its rules with other countries such as Japan, Canada, Argentina, Brazil and Australia, and boosting prospects for inward investment and international research collaboration given the UK’s strengths in genetic science.

“Innovation in plant breeding will be the single most important factor in helping global food supplies keep pace with a growing world population in the face of climate change and pressure on finite natural resources of land, water, energy and biodiversity," she said.

"I know many organic farmers are not comfortable with using copper-based fungicides, or relying on non-organic seeds to give organic crops a healthy start. Gene editing can offer alternative solutions," Dr Barsby said. "I would therefore encourage grass-roots organic farmers to take a stand against the doctrinal opposition of their certifying bodies, and urge them to keep an open mind on the potential for these technologies to make low-input farming a more sustainable option, environmentally and economically."

"A high-tech free-for-all won’t help," Joanna Lewis, Soil Association director of policy and strategy, said: “What will help is a reversal of the historic lack of investment in agroecological, nature-friendly methods and farmer-led technology, as highlighted by the National Food Strategy.

“Changing the DNA of crops and animals to make them temporarily immune to disease is not a long-term solution; we should be investing in solutions that deal with the cause of disease and pests in the first place, including a lack of crop diversity, the decline in beneficial insects, and animal overcrowding. We must increase soil carbon, wildlife and animal welfare on farms to solve the climate and nature crises, and protect human health," she added.