Who will pay for the war on plastic?

Comment: As the UK’s Plastic Packaging Tax draws ever closer, Wellpak’s Bradley Magnus asks whether money is our strongest weapon in the war on plastic 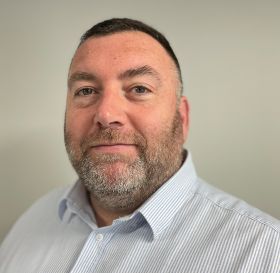 We all know it - plastic pollution is a huge problem. The government, environmental services, manufacturers, retailers, and consumers all have a part to play in fixing it. And therein lies the danger.

Rather than galvanising us, a shared sense of duty can lead to what’s infamously known as the bystander effect, where responsibility is so diffused that nobody acts, or at least nobody acts sufficiently.

New data from the Association for Consumer Information has revealed that at a time when retailers want to reduce plastic content, it still makes up the majority of packaging material for fruit and veg (57 per cent). Despite all our efforts this is only a fraction of an improvement on 2019’s 60 per cent figure.

If we continue on this near-flat trajectory, then we’re all aware of the dangers. But awareness is one thing. Noticing something - even interpreting the situation as an emergency - is a world away from deciding to help, particularly with the competing demands of a fiercely competitive category.

According to the psychological experiments that established the bystander effect, the decision to help usually comes from imminent personal danger, embarrassment, or legislation.

In this context, imminent personal danger is several decades off, at least in many people’s minds. With the odd exception - the media can only go so far in calling people out - embarrassment is about as diffused as responsibility. So is legislation the answer? The UK government certainly seems to think so.

Its new Plastic Packaging Tax comes into effect on 1 April 2022, applying to all plastic packaging manufactured in, or imported into, the UK that does not contain at least 30 per cent recycled plastic. It’s a wide-reaching levy and fresh produce will be no exception.

The government says that the aim of the tax is to provide a clear economic incentive for businesses to use recycled plastic in the manufacture of plastic packaging. It hopes this will create a greater demand for such material and in turn stimulate increased levels of recycling and collection of plastic waste, diverting it away from landfill or incineration.

Punnets are probably where most of the plastic appears in the fresh produce packaging. So it’s interesting, and positive, that punnets will be exempt from the tax. They’re well captured in the recycling chain and generally contain at least 80 per cent recycled material anyway. But flow-wrap films, which fall through the net by comparison, will be eligible.

However, initial research indicates that while the government tax will equate to a 15 to 20 per cent increase in the costs of goods in their existing packaging, a differently packaged product with the desired percentage of recycled material could cost up to 60 per cent more. This price hike could really snatch defeat from the jaws of victory.

And while it might drive us away from landfil or incineration, the new legislation doesn’t attempt to steer us away from plastic itself. The problem of plastic pollution will persist when, regardless of its composition, plastic needs recycling.

Moving to loose format is not a viable option. We need to understand that UK consumers have been drawn over many years towards pre-priced, pre-portioned products, which need packaging. With this consumer behaviour so ingrained, packaging is going nowhere and the burden of recycling remains.

With multiple recycling requirements per product, a baffling array of symbols and, in some cases, the need to rinse their own rubbish, it’s hardly surprising if consumers lack motivation. And let’s not forget that some packaging can only be accepted by a handful of recycling centres across the country anyway.

All things considered, what the government is proposing is certainly a strong start. It’s commendable for them to have taken the charge and it’s certainly not my intention to throw shade on progress when I say that this tax will affect but one battle in a much bigger war.

Specifically, it will encourage the use of recycled plastic materials, but I don’t believe it will necessarily achieve a reduction in plastic use or a move to alternative materials.  It certainly won’t solve the problem of plastic waste, but then I don’t think as a first step it was designed to.

If the fresh produce category is ever going to win the war on plastic, then we need to find a way to bring in new materials while still allowing consumers to buy products in the format they’re used to: pre-priced, pre-portioned. Whatever we introduce, it needs to impact all retailers equally.

Again, we need to remind ourselves that we are dealing with an intensely competitive category. Retailers simply cannot take the lead on any packaging changes if it takes them out of line with the market pricing structure.

As a result, we have a monumental catch-22: we still need packaging but cannot afford to move to more expensive plastic alternatives until the whole market moves together.

So what will it take? If legislation’s our best bet, but the current Plastic Packaging Tax isn’t it, could money still be our strongest weapon? Most likely, yes.

Right now, the most important considerations around sustainable packaging should be practical, like the viability of source materials and their impact on the finished product, but instead the presiding factor’s usually cost. For as long as this is the case, a financial penalty is probably the most promising catalyst for change we’ve got right now. But we need to be a lot smarter about where we target it. The answer, I think, is to tax plastic at the till.

If we correctly tax plastic at the till, then retailers will have the freedom to adopt plastic alternative packaging without the fear of falling out of line with the market pricing structure. Consumers won’t be forced to choose between cheap plastic packaging and more expensive alternatives, so retailers and consumers alike will be more than able to adapt to a new, more sustainable approach.

It doesn’t sound so far fetched when you consider that Spain is in the process of allowing just such actions to take place with its intention to, from 2023, prohibit the free distribution of single-use plastics and charge for each plastic product given to the consumer.

It’s almost like Spain knows that imposing taxes on limited elements of the chain only goes so far towards solving a problem when so long as consumers will buy something, retailers will go on selling it. In the case of plastic, while our new tax is fighting talk, Spain’s direct-to-consumer element of charge is far closer to a fatal blow.

But what we have seen in recent years is UK consumers’ growing ability to adapt to change, particularly when it benefits the environment. We’ve also seen many more viable plastic alternatives successfully applied to the most popular of consumer goods’ packaging.

So here’s to a deep breath and hopefully future legislation that takes a greater leap of faith in our UK suppliers’, retailers’ and consumers’ ability to change, with a fair incentive.

Bradley Magnus is director of sales, marketing and innovation at Wellpak.