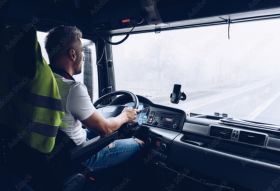 More needs to be done to keep experienced truck drivers behind the wheel and help address the current shortage – with more respect and improved conditions top of drivers' list.

That's according to the initial findings from a survey that commenced in August for Pertemps Driving Division, which showed 91 per cent of truckers believe they do not get enough respect for the job they do.

Many qualified and experienced drivers have left or are planning to leave their roles because they are fed up with the way they are treated, often at point of drop-off for customers and the general public.

Samantha Leleu, general manager at Pertemps Driving Division, which has been offering free LGV training to entice new people into the sector, believes it is only by treating experienced drivers with more respect that the brakes can be put on the skills drain and the economy can begin to get back on the right road.

“There is a known driver shortage, and the noise has mostly been about attracting new talent to the sector – but what about those experienced drivers who have just had enough of difficult working conditions, and disrespect from customers and the public?," Leleu asked.

"They deserve better and it is the least we, as employers, can do to try and help as the UK seeks to address a shortage of 100,000 HGV drivers.

“We have surveyed more than 2,500 drivers in the last couple of months and the initial results show that 91 per cent of existing lorry drivers feel they are treated with disrespect. In addition, 69 per cent do not think working conditions are good – and it is the more experienced truckers more likely to be disillusioned with their roles.

“Some people may point to the fact that pay rates have gone up significantly recently, but that does not compensate for years of being underpaid a decent going rate and treated ‘like a nuisance’ when making deliveries.

“We, the great British public, have to get a handle on this to keep these good people in the sector as everything we touch has been delivered on the back of a lorry, while we get the talent pipeline moving again for those looking to train to be lorry drivers.

“Things need to change and with the spotlight currently firmly on the sector, and people starting to see the importance of our lorry drivers to their everyday lives, we hope both customers and the general public will better consider how they treat these essential workers.”

Pertemps Driving Division has had to temporarily close its free training offer to new applications after more than 10,000 people applied in six weeks. The business is now working its way through the candidates to take forward all those that it can.

However, tests are ultimately carried out at a pace set by the DVSA and Pertemps says a lack of test availability means there is lengthy tailback of waiting applicants.

Once qualified, the drivers are found roles with clients across the UK through Warwickshire-based Pertemps Network Group.