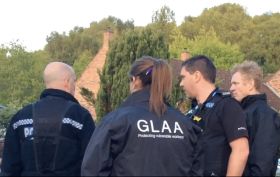 The Gangmasters and Labour Abuse Authority (GLAA) has appointed Julia Mulligan as its new new chair.

Mulligan initially worked in communications and business consulting, which included running her own business for seven years.

She stood as the Conservative Party candidate for the post of Police and Crime Commissioner for North Yorkshire and was elected in November 2012. In that role she was responsible for putting in place services for victims of crime and setting up a new team to support victims in the county. She also successfully attracted government funding to establish a new women’s centre in York.

In 2018, Mulligan became one of the first Police, Fire and Crime Commissioners in the country, subsequently sitting on the national Fire Standards Board.

She was a director of the Association of Police and Crime Commissioners for six years. During that time she chaired the Police Reform and Transformation Board, set up by the Home Secretary to lead the transformation of policing across England and Wales.

She held three national portfolios: for Victims, Rural Affairs and Integrity and Transparency; working closely with the Independent Police Complaints Commission; and the Independent Office for Police Conduct on reform of the police complaints system.

Mulligan has also been a member of the advisory panel to the Independent Anti-Slavery Commissioner since January 2019; the chair of the Independent Domestic Abuse Service since January 2020; a non-executive director on the board of the Gangmasters and Labour Abuse Authority since May 2020; and the chair of the police advisory board for England and Wales since April 2021.