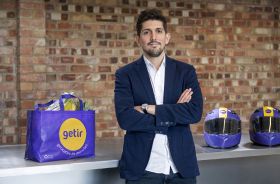 Ten-minute grocery delivery service Getir has reached an agreement to buy UK competitor Weezy as part of its rapid expansion in the British market.

The Turkish company, which delivers fresh fruit and veg among a range of around 2,000 everyday items, launched in London in January 2021. It now operates in 15 UK cities and towns including Manchester, Birmingham and Liverpool.

Weezy, the first ultra-fast grocery delivery firm to launch in the UK in late 2019, operates in London, Manchester, Brighton and Bristol. The business is headquartered in London and its products are delivered through its vertically integrated distribution network and eye-catching pink couriers.

Rapid grocery delivery is still a burgeoning industry and overall penetration remains low, but its operators say there is huge potential for growth. A director at Weezy is reported to have told investment insights site Third Bridge Forum that the sector has a total available market (TAM) of approximately £80 billion.

Competition is already fierce in London, with the likes of Getir, Weezy, Gorillas, Gopuff, Zapp and Jiffy aggressively marketing their services. Some have also launched in other cities and towns, including Manchester, Bristol and Brighton.

Based in Istanbul and operating across the world, Getir delivers groceries in as little as 10 minutes with its fleet of purple and yellow e-mopeds and e-bikes. The company now operates in more than 50 cities in Turkey, and this year launched operations in the UK, the Netherlands, Germany, France, Spain, Italy, Portugal, and most recently the US.

Turancan Salur, Getir’s UK general manager, said: “Teaming up with Weezy, which has quickly established itself across the UK, is an exciting opportunity and one that complements our people-first belief and business approach. We look forward to welcoming Weezy’s customers, employees and partners to the enlarged group.”

Weezy’s Van Beveren added: “Getir has an unparalleled track-record of achievements and experience with an equally ambitious team. Our alignment in purpose and culture is a winning formula for expansion globally and we will continue to deliver an exceptional offering to consumers in minutes.”

The acquisition follows Getir’s expansion into the US this month (November), with Chicago becoming the first American city to have access to the service. New York and Boston are set to follow, Getir said.

The Turkish company was founded in 2015 and claims to have pioneered the ultra-fast grocery delivery sector with its 10-minute delivery model. Getir is now valued at $7.7 billion and spans three continents, delivering in nine countries.

The business was founded in 2015 by Nazim Salur (founder of Turkish taxi app BiTaksi), Serkan Borancili (founder of GittiGidiyor, which was acquired by eBay in 2011), and Tuncay Tutek (ex-PepsiCo and Proctor & Gamble executive in Europe and the Middle East).