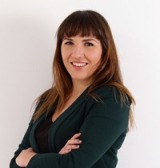 Gabrielle Easter works as a staff journalist for Asiafruit and Produce Plus, based in the Melbourne office of Market Intelligence Asia. After receiving a Bachelor of Arts (Media and Communications) from Sydney University, Gabrielle worked as a freelance contributor for publications including the Vine and Time Out Melbourne and has travelled extensively across Europe, South America and the Middle East.