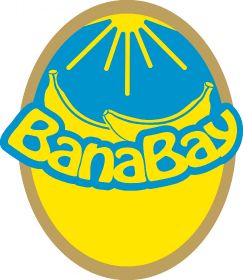 You can have the greatest product in the world, but without savvy marketing nobody will know about it. Whether via print or TV advertising, social media or PR, this category recognises the best marketing campaign of the year. 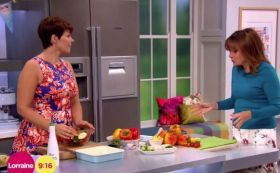 In January 2015, we had an opportunity. One of our growers, Robert, presented a new product that he’d been working on for three years! The Stripy Pepper! At the same time, we knew we had a customer problem we could fix. 66% of parents were struggling with simply getting their kids to eat everyday fruit and veg such as peppers, oranges and carrots.

So, we set about accelerating the product to launch, and landed it in stores in record time in just a few weeks.

But then we knew we needed to use our full marketing mix to position the offer correctly in our store and e-commerce formats, as well as tell our customers all about it!

So, we rallied around as a team and pulled all the relevant leavers to land the product at a £1 price point, which we know works for our shoppers, and then communicated the amazing product using various medias targeting our shoppers, who we lovingly call ‘Asda Mum’.

- Our Social Media campaign utilised standard image posts as well as vine videos on Facebook and twitter, exposing the products to over 1 million Asda fans.

- On launch week, our PR team worked with our media contacts to surprise and delight journalists. This resulted in a feature on ITV’s Lorraine show on our launch week!

- Our Asda Magazine is read by six million Asda customers every month. We know our customers love inspiration and new and exiting products, so we knew our Stripy Pepper would be perfect!

- Our Home Shopping website, Asda.com, serves over two million customers a week! The line launched with a beautiful photo, and is one of our highest performing products on the website at 10% sales participation online vs in store, which is well over average for the category. 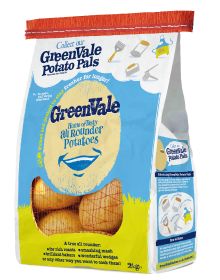 This year at Greenvale we have been celebrating an outstanding response to our ‘Potato Pals’ marketing campaign that was launched on our own branded potatoes GreenVale All Rounders and GreenVale Jacket Potatoes. The campaign ran from February to August and was created to:

- Increase the awareness of the brand in current distribution channels

- Increase trial and pick up

The campaign has helped to make the brand the only branded maincrop potato to be driving both value and unit growth.

The scheme involved the collection of ‘Potatokens’ or unique codes printed on the back of potato bags, entered into a microsite online. This technology was a first for Greenvale. Customers collected these codes or Potatokens to claim a range of quality potato preparation and kitchen equipment, all premium branded items.

Figures from Nielsen and Dunnhumby show that unit sales increased by 36.2%YoY and value sales are up by 18.1%YoY

GreenVale also developed a sophisticated CRM system to maintain consumer enthusiasm for the promotion – emails, prize draws, recipes and ‘potato’ tips to encourage participants to keep collecting and redeeming points, and to share the promotion with social media contacts.

This activity also involved launching the brand’s first social media page, which will continue to be part of all future campaigns – to date we have over 8.5K Facebook ‘likes’ and we have had the most traffic to the website since the brand launched.

The ‘Potato Pals’ scheme was designed to be fun, easy and engaging and reach as many people as possible. The campaign was further supported by: 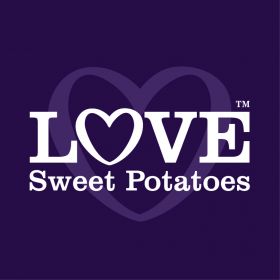 The past year has been phenomenal for sweet potatoes. March saw the arrival of sweet potatoes in the Office for National Statistics official shopping basket, and in July sweet potatoes were rated 37th in The FPJ Big 50 Products. In addition, figures were released that emphasised the opportunity, showing that during 2014, the UK imported 81,000 tonnes of sweet potatoes, up 91 per cent in five years.

A major contribution to this success is Love Sweet Potatoes (LSP), an awareness campaign devised by US grower Scott Farms International (SFI) who are leading the way educating consumers on the health and nutritional benefits of sweet potatoes while showcasing a variety of ways people can eat them to encourage repeat purchase.

Now deemed a staple superfood, sweet potatoes have not always been on trend. When LSP launched in 2011, it surveyed the UK and found that 44% bought sweet potatoes. Of those who didn’t buy, over a third didn't because they had “never tried them”. A programme of recipe development kicked off with LSP challenging perceptions and creating innovative, sophisticated as well as accessible, easy to prepare recipes. In 2015, a LSP survey found 60% now buy sweet potatoes and more frequently (every week opposed to every month).

LSP works with nutritionist Juliette Kellow to communicate sweet potato health and nutritional benefits; in July campaigning paid off with a Daily Mail online article (over 179m UMUs globally) which featured sweet potatoes as one of the five super veg to eat this summer.

LSP has now evolved into a community for its 20,000-plus membership with strong presence on Facebook (12k), Twitter (9k), and over 3,000 subscribers to it’s bi-monthly newsletter.

LSP continues to wave the flag for fresh produce while also creating opportunities for other sweet potato growers. 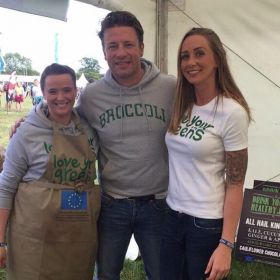 The Little Big Voice press office has been supporting the implementation of the Love Your Greens (LYG) campaign marketing activities as part of its EU/HDC funded programme.

Love Your Greens’ marketing is run throughout digital and traditional platforms and has so far reached over four million people and attracted over 9,600 schools via its ‘Online Village Fete’ initiative. Children can also apply for a free seed pack to encourage them to grow their own vegetables. Over 30,000 requests for the mystery seed packs were received via the website and social media.

LYG secured a partnership with celebrity chef, and CBBC’s Junior Bake Off presenter, Aaron Craze. Aaron’s a great asset to the campaign and has been integrated into the LYG activity to help raise awareness and drive consumer engagement within the category.

In August 2015, we took the LYG campaign to Jamie Oliver’s Big Feastival. Cake and juice samples were handed out to over 45,000 festival-goers, with thousands of conversations started with consumers. We also gave Jamie Oliver a LYG ‘broccoli’ hoody, which he wore for the day and was photographed in thousands of times. We’ve had hundreds of requests for the hoody, from as far away as Australia!

From The Guardian and The Times, to Waitrose Kitchen, Delicious magazine, Red Online and Veggie, we’ve secured great coverage to spread the campaign message to the wider consumer audience. Christmas is a very busy time for us and highlights include BBC’s Countryfile Christmas special, as well as coverage in The Sun, Daily Mail, Independent, and also BBC Radio 2! We reached 645,165,589 people through our Christmas 2014 media campaign alone.

- Aldi offers six items of fresh fruit and vegetables every two weeks, with each item priced up to 40% cheaper than its rivals. This initiative is named Super 6

- The main objective of the campaign is to make great-tasting, high-quality, healthy fruit and vegetables affordable and accessible to all households regardless of budget, making it easier for consumers to live healthier lifestyles

- Aldi’s Super 6 has been instrumental in its partnership with the NHS’ Change4Life campaign, which aims to get parents and their children eating well, moving more and living longer

- The Aldi website promotes the partnership by providing practical advice and recipe ideas to further encourage the UK to eat well, while linking to the amazing value of its Super 6

- Super 6 is at the core of Aldi’s marketing activity and is communicated to consumers via all available marketing channels, including TV advertising, leaflets, POS, social media and PR to an audience in excess of two million each week

- As a direct result of the campaign, all consumers have benefitted from Aldi’s price leadership as other retailers try to compete on price

- It has positioned Aldi as a source for great value fruit and vegetables and cements Aldi as a destination for the weekly shop, with Aldi’s average basket size increasing to 18.9 units, second only to Asda

- With prices starting at just 29p, the success of Aldi’s fresh produce range is driven in part by Super 6 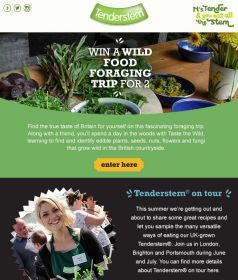 Coregeo conducted research at the end of 2014 to help determine its sales and marketing strategy. One key finding was that young professional consumers have a lack of understanding of what makes Tenderstem different to broccoli. As a result Coregeo developed an educational communications strategy for 2015.

The key messages for consumer marketing across all platforms are:

- What to pair with Tenderstem

- Encourage consumers to think of Tenderstem as a week-night option

Coregeo committed to a fully integrated marketing campaign with the ultimate aims of:

- More than 250% increase in Twitter engagement during the campaign period