India: a market on the move

Fresh Produce India Live homes in on key import and retail trends, with over 650 registered listeners tuning in 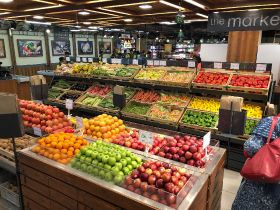 While India’s consumer habits may be rooted in the past, the country’s ability to adapt, and adapt fast, was one of the key take home messages from Fresh Produce India Live.

Over 650 registered listeners tuned into the online forum on Thursday (23 April). Spread across five sessions, the event offered quality insight and ideas for the future of the fresh produce business in India.

A session on marketing to India’s 1.3bn consumers homed in on how suppliers are approaching the country’s complex, multi-channel retail landscape.

While core import lines – such as Washington apples and Northwest pears – have long taken hold in major cities such as Mumbai and Delhi, demand from second- and third-tier cities is now starting to grow, as evident by a case study shown on Indore, a city of 2m people in west-central India.

“It’s these second- and third-tier cities that are pushing demand and volumes, as demand in the bigger cities plateaus,” said Khosla. “This growth is crucial to keeping the momentum behind imported produce.”

“It’s at a slower pace to some other markets but it is happening,” he explained. “Apples are still the backbone [of the import trade] but other products are gaining momentum. Citrus is number two, then there’s pears and kiwifruit.”

While there appears to be potential to develop a foothold for small-sized fruit lines such as cherries and berries in India, a lack of cool chain infrastructure has made it difficult to establish large-scale import programmes for these short shelf-life products.

“Apples are seen as a safe bet because people know they can store,” said Khosla. “It’s harder for products like cherries and berries because of the logistics.”

Even still, Khosla said the Chilean cherry programmes his company has run have been highly successful.

“The appetite for cherries in India has gone ballistic,” he explained. “Even as little as five years ago I wouldn’t have thought we could sell so many cherries, and at good prices. Despite the long transit time, the returns (for Chilean growers) are almost the same as China.”

Khosla also painted a clear picture of where Indian consumers are purchasing their fresh produce from.

“Modern retail has around a 7 per cent share of the market, meaning over 90 per cent of Indian consumers still shop via traditional avenues.”

While modern food retailing – centred on supermarkets and hypermarkets – may only account for a small slice of the retail pie in India, John Baker of Produce Marketing Australia highlighted that the sector has come a long way in the last ten years.

Baker – who has visited India six times over the last decade to deliver retail training programmes for the Washington Apple Commission and USA Pears – was particularly impressed by the ability of the modern retail sector to tap into India’s growing obsession with mobile technology.

“On my last visit in December (2019), I was amazed by the explosion in online retailing,” Baker explained. “Every retailer has a sophisticated, easy to use mobile app that’s supported by a timely delivery service.”

Baker also noted a growing focus on improving the in-store shopping experience offered to consumers, with increasing attention being placed on store lay-outs, displays and the use of refrigerated cabinets.

One gap still to be closed, especially for imported produce, again relates to the cold chain, with Baker observing a lack of cool rooms in most stores he visited.

Read more about Fresh Produce India Live on Fruitnet over the coming days. A full report on the event will appear in the May edition of Asiafruit Magazine.