Preliminary forecast points towards increases for Chile, Peru, South Africa and Uruguay, while volume from Argentina and Australia will decline 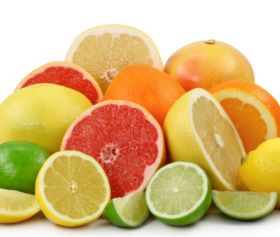 Citrus exports from the Southern Hemisphere are projected to increase by 1.67 per cent this year, while production will contract slightly by 0.9 per cent.

The Southern Hemisphere Association of Fresh Fruit Exporters (Shaffe) said that total exports are on course to reach 2.5m tonnes in 2012, an increase of 9.11 per cent on the long-term average.

Category-wise, exports of oranges, soft citrus and lemons are all expected to rise by 2.06 per cent, 6.82 per cent and 2 per cent respectively compared with 2011.

Grapefruit exports, however, are tipped to decline by 9.25 per cent.

The total production crop is estimated to amount to 7.69m tonnes this year, according to Shaffe.

Country-wise, citrus production and exports are predicted to grow in all supplier nations (including Chile, Peru, South Africa and Uruguay) except Argentina and Australia.

Shaffe said the forecast might be revised at a later stage when clearer information becomes available for late varieties.