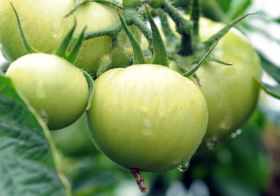 Rachel Mackenzie, Growcom’s chief advocate, said that horticulture only used less than 0.1 per cent of the land area, despite it comprising the state’s second largest agriculture industry and bringing in AU$1.9bn (US$1.83bn) in revenue.

“Clearly, investment in Queensland’s horticultural industry could be the easiest, most efficient and less environmentally damaging way to boost food production in line with the Queensland government’s goal to double the value of production by 2040.”

However, Mackenzie also acknowledged that the horticulture industry’s potential was limited by constraint including limited access to water and other resources, labour costs, market saturation, the strong Australian dollar and the effect of the supermarket duopoly on returns.

Queensland has also been hit by recurrent flooding in 2011 and 2013, which have elevated electricity and water costs for the region’s growers.

“The challenge for the industry and the Queensland Government is to overcome these constraints by supporting infrastructure development such as access to affordable irrigation water and electricity, building an all weather Bruce Highway, reducing or streamlining regulation that hobbles the industry, containing costs and developing export markets to overcome domestic market saturation,” said Mackenzie.

Growcom concluded its press release by congratulating the Queensland government for the work it put into conducting the land audit.

“This is an important initiative that will enable more efficient planning to support sustainable rural industries and communities over the coming decades, and has provided a clear map for future development of the horticultural industry,” said Mackenzie.