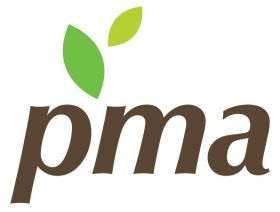 Exhibitors at the PMA Fresh Connections Conference and Trade Show have donated 5,380kg of surplus produce to Foodbank, an independent charity that distributes more than 31m meals to people in need throughout Australia, according to a PMA media release.

John Webster, Foodbank Australia’s chief executive officer, said that the donation from the trade show would produce more than 7,000 meals.

"We are very grateful to PMA Fresh Connections exhibitors for their generous contribution to Foodbank NSW,” he said in a PMA press release.

“The donation provided 7,173 meals to hungry Australians and with 85 per cent of welfare agencies in NSW and the ACT struggling to meet current food needs, it couldn't have come at a better time."

Michael Worthington, chief executive officer of PMA Australia-New Zealand, endorsed the donation as a worthy annual tradition for exhibitors at the trade show.

"As an industry, we are fortunate to produce some of the best and most flavourful fruit and vegetables in the world and our exhibitors bring their highest quality produce to put on display in the PMA Fresh Connections trade show,” he said in the media release.

“It is immensely satisfying to be able to share such high quality produce that would otherwise go to waste, with those in need."

Since 2011, exhibitors have donated more than 27,000kg of fresh produce, amounting to 36,000 meals, to Australian communities in need. The produce donated is high quality, having been used to showcase an exhibitor’s business at the event.

This year’s trade show took place at the Sydney Convention and Exhibition Centre on 11-13 June. With up to a thousand attendees from throughout the world, it is the largest conference and trade show designed to encompass the entire fresh fruit, vegetable and floral supply chains across both Australia and New Zealand.