Investing in an Asian future

The landscape of Asia’s fresh fruit and vegetable business is shifting, and expert speakers will explain how at this year’s Asiafruit Congress 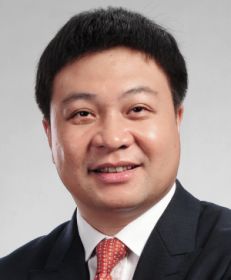 The past year has witnessed a flurry of outbound investments from Asia in food and fresh produce in particular, driven by some of the region’s leading conglomerates and state-owned enterprises.

Kicking off this year’s Asiafruit Congress on 3 September in Hong Kong, a high-powered panel will discuss the changing investment environment in the region’s fresh produce business.

National Australia Bank’s regional head of business development for consumer sectors, Patrick Vizzone, will set the scene for the discussion.

With more than 20 years’ experience of agribusiness and corporate and investment banking, Vizzone has been instrumental in advising on, and financing, sizeable transactions within the global fresh produce business.

‘Feeding Asia’ has become a talking point globally with the growth of the region’s populations and economies. Vizzone will explain how and why horticulture is different from other sectors, before summarising the key movements in inbound and outbound investment, and looking at the main investment drivers and opportunities globally.

Vizzone will then be joined in a panel discussion by expert speakers from a number of leading players involved in recent landmark deals.

Chen Shaopeng, senior vice-president of Legend Holdings and president of its agribusiness division Joyvio Group, will discuss the motives for the group’s sourcing-partnership in Chile, as well as its plans to extend its reach into other key exporting countries worldwide.

Jeff Jackson, CEO of major Australian group Moraitis, will be on-hand to discuss Chevalier’s multimillion dollar investment in the company, and how that paves the way to implement his career ambition of integrating distribution and category management in Asia.

Meanwhile, Francis Kint, now chief executive of Univeg, one of the world’s leading fresh produce distributors, will bring his insights to bear on the investment picture in the various parts of the world where the group operates.

The breadth of knowledge and expertise on the panel is expected to give Asiafruit Congress delegates a fascinating insight into the future of Asia's fast-changing fresh fruit and vegetable business.

For more information on the programme or to register for Asiafruit Congress, go to www.asiafruitcongress.com.