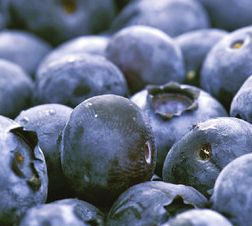 UK researchers have established a connection between increased consumption of certain fruits to reduced Type 2 diabetes risk, according to a study published in the British Medical Journal, the FreshFruitPortal reports.

The study looked at the diets of more than 187,000 participants over a 24 year period. All participants, most of whom were women, had no chronic disease at the baseline of the research.

During the course of the study, 12,000 participants developed type 2 diabetes.

Other fruits were not connected with this lower risk, however, due to variable fibre, antioxidant and other nutrient content.

“Additionally, differences in the glycemic index/glycemic load values of fruits did not account for the association of specific fruits with risk of type 2 diabetes. Moreover, greater fruit juice consumption was associated with an increased risk, and substitution of whole fruits for fruit juice was associated with a lower risk, except for strawberries and cantaloupe.”