Despite recent diplomatic pressures, Australia's trade minister claims the agreement will be complete within a year 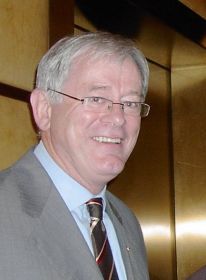 Australia’s trade minister Andrew Robb has said that his country is set to complete a free trade agreement with China within the next 12 months, The Sydney Morning Herald reports.

Robb’s statement follows a meeting with Chinese commerce minister Gao Hucheng in Beijing yesterday (21 November), and flies in the face of suggestions that negotiations had been placed under strain by recent diplomatic incidents.

These posed the first ministerial discussions since Australia’s change of leadership at the last election.

Robb told the media that representatives from both countries has presented their proposals “in firm considerable detail”.

“And we both agreed, Minister Gao and myself, that what we've got on the table certainly in our combined view provided the foundations for concluding a free trade agreement in the not too distant future.”

Robb reiterated that concluding the free trade agreement was a key priority for the new government, which has been subject to protracted negotiations since talks first began in 2005.

Chinese-Australian relations have come under unforeseen tension in recent weeks following reports of Australia aiding the US in monitoring countries in Asia, including through the Australian embassy in Beijing.

On top of that, Australian prime minister Tony Abbott recently proclaimed Japan to be Australia’s “closest friend in Asia” and also reaffirmed a government ban on Chinese company Huawei bidding on the national broadband network.

“It's clearly not conducive to a warm and positive atmosphere,” former Australian ambassador to China Geoff Raby told The Age. “They [the Chinese] may not even raise it officially but it's certainly been noticed, that's for sure.”