Discovery of round worms does not pose a threat to local industry, according to Agricultural Minister 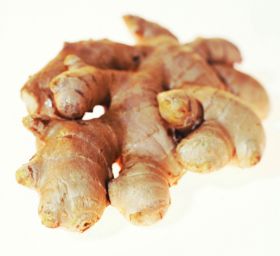 Fiji sent its first consignment of ginger to Australia last month, with the product hitting retail shelves in Sydney earlier this week. The Ginger Industry Association has raised considerable concerns about the move, and claim live round worms were found inside the consignment.

The Queensland Government supported the association’s assertion, calling the Federal Government to put an immediate ban on the imports. However, Joyce has insisted that trade will not cease.

“You can't suspend imports if they're finding a pest that's not actually a problem,” Joyce told the Australian Broadcasting Commission. "If it was confirmed to me that the pest was an epidermal nematode, then I have a different issue, because we are not certain that it's the same genetic makeup as the species we have here in Australia.”

Despite Joyce’s assertion, the Ginger Industry Council have continued to campaign against the introduction of Fijian imports, suggesting there could be wide-spread consequences for the entire fresh fruit and vegetable industry.

“We suspected that Fijian ginger would still carry live round worms, despite quarantine officers gassing it with methyl bromide,” said Australian Ginger Industry Association president Anthony Rehbein. “We warned the Federal Government and they chose to ignore the advice of a Senate Committee, which said Fijian ginger should not be imported until further scientific work was done into the Fijian burrowing nematode (roundworm).