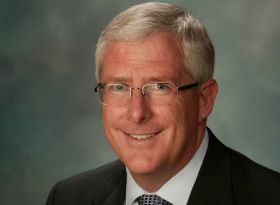 Chiquita has posted its results for the third quarter (Q3) of 2014, noting an increase in revenue boosted by banana sales, but an overall loss in line with the previous year.

The company reported a net loss of US$18m for the three-month period, in line with Q3 2013, and an operating loss of US$1m for 2014 compared to operating income of US$1m last year.

Net sales came in at US$739m, up from US$723m, driven by an improvement in the banana segment in particular.

Indeed, comparable net sales in the banana segment increased 4 per cent to US$477m, primarily due to higher pricing and higher volumes in North America, as well as higher overall pricing in Europe from market mix as volumes shifted to core European markets from the Mediterranean and Middle East.

"Chiquita's results in the third quarter were the strongest in the last five years for this period," said Ed Lonergan, Chiquita's president and CEO. "The momentum generated by Chiquita's 'return to the core' strategy resulted in higher sales in our banana segment, and improved pricing in both bananas and salads & healthy snacks.

"We did experience lower demand in foodservice vegetables and healthy snacks, and processed fruit sales were constrained by supply," he continued. "We continued to experience higher banana sourcing and transport costs in the quarter as a result of atypical weather conditions requiring higher than anticipated purchases of bananas sourced in the spot market. Relative to 2013, the second half of the year will benefit from reduced levels of excess supply of fruit, as well as favourable comparisons in the salad business as a result of third quarter-deployed salads pricing actions and improving performance of our Midwest salad facility, which incurred significant expenses last year."

The results come in the wake of the recent announcement that Chiquita had entered a definitive merger agreement with the Brazilian Cutrale-Safra group, after shareholders rejected a deal with Irish company Fyffes.

Under the merger agreement, which has been unanimously approved by the Chiquita Board of Directors, Cutrale-Safra will acquire all outstanding common shares of Chiquita for US$14.50 per share in cash.

"I am particularly proud of our results in light of the significant work and potential distractions that existed for our employees in the third quarter surrounding the evaluation of our strategic alternatives," Lonergan noted. "Chiquita's employees around the world have continued to work relentlessly on behalf of Chiquita, our investors, and our customers.

"With the announced sale of Chiquita to the Cutrale and Safra groups, we are working to ensure an efficient closing and successful integration by the end of the year or early 2015."