Extending production over two seasons has merit, according to Northern Territory Department of Primary Industry 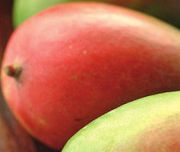 Australian mango growers could turn to their Cambodia counterparts for advice on how they could introduce a secondary harvest each year. Cambodia’s annual production of the tropical fruit is split over two seasons, one in March/April, then again in October/November.

Cameron McConchie from the Northern Territory Department of Primary Industry told the Australian Broadcasting Commission (ABC) that the idea of two separate crops was appealing to Australian growers, who currently pin their hopes and substantial investments on a single production window.

“There's always a possibility we might be able to figure out how to do this to our trees as well," McConchie said. "The opportunity to have a double crop, spreading your yield and doubling the use of your infrastructure, it would be really worthwhile. You've got all that investment in packing houses, which only get used for six or eight weeks a year, so if you can double that, it would be ideal.”