Revenue and income down at BayWa 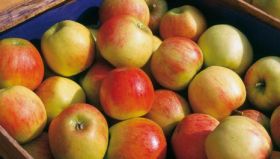 German agricultural conglomerate BayWa AG saw falls in revenue, EBIT and net income through the opening half of the year (H1), but is still anticipating full-year growth.

The group noted that reporting for the first half of 2015 was shaped by shift effects into the second half of the year, and as a result the company was still anticipating increases in revenues and earnings for the financial year of 2015.

“In July 2015, we sold a wind farm in the US, which resulted in €20 million in earnings,” explained BayWa chief executive officer Klaus Josef Lutz. “This shift effect to the next quarter was essentially due to the fact that we do not orient our project sales to the end of the respective quarter. As a result, shortly after the close of the half-year period, our EBIT is at the same level as the previous year.”

BayWa's fruit business benefited in the first half of the year from the extremely positive Southern Hemisphere apple harvest and the activities of New Zealand company T&G Global Limited, which strengthened its overall position by acquiring Apollo Apples.

There were major rises in the sales of fruit; in Germany, the record-breaking 2014 harvest was sold off in full against the backdrop of more solid prices in recent times, and fruit trading revenues rose in the first half of the year to €295.9m from €268.2m last year. EBIT climbed to around €16m.

Given the anticipated rise in prices on the back of a poorer harvest in Germany, BayWa intends to match the success of the first half of the year in the second six months of 2015.