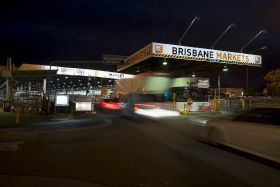 PMQ, a subsidiary of Sydney-based private equity firm VGI partners and shareholder in Brisbane Markets, announced the takeover offer on 12 November, calling for a change to the corporate governance of the markets that PMQ chairman David Jones has said is outdated and inappropriate.

Jones said that Brismark, the industry representative for wholesalers and major shareholder in the markets, has effective control over the governance of the markets, with the power to veto decisions made by shareholders.

“It’s time for change. Without scrutiny and challenge from external stakeholders, Brisbane Markets’ costs have been allowed to blow out,” Jones said. “Poor corporate governance has contributed to an inefficiently run business with high costs and a weak share price.

“It’s troubling, particularly when there are no independent directors on the remuneration committee of Brisbane Markets to review this highly unusual arrangement,” Jones added.

The Brisbane Markets board has hit back at the claims in its formal response to the takeover bid, describing the hostile takeover bid as a “self-interested attempt to control the markets”.

Brismark and Brisbane Markets chairman Tony Joseph said Brisbane Markets had a long understanding of the industry and was committed to the long-term development of the markets, as opposed to a private equity firm that was potentially only motivated by a “quick financial return”.

“PMQ is entirely owned by a Sydney-based private equity firm with no genuine links to fresh food wholesaling and no apparent interest in the long-term viability of the Brisbane produce markets or the wholesalers, growers and retailers who rely on them for their livelihoods,” Joseph said. “Unfortunately, there has been a great deal of misleading and incorrect information put out into the marketplace by PMQ.

“Shareholders should remember that our primary objective in buying the Brisbane Markets from the [Queensland state] government just over a decade ago was to ensure we had an appropriate level of control on their operation, management and development, so we could have say in our own destiny,” he added.