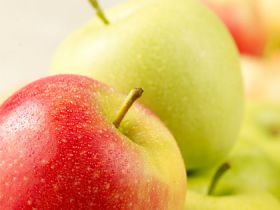 The World Apple and Pear Association (WAPA) held its AGM on 5 February at Fruit Logistica in Berlin, with representatives of the key global apple and pear producing and exporting countries discussing the Southern Hemisphere production forecast for 2016, as well as the final Northern Hemisphere volumes.

The forecast showed that the 2016 apple and pear Southern Hemisphere crops are expected to reach 5.298m tonnes and 1.378m tonnes respectively, with apples down 2 per cent and pears dropping 8 per cent year-on-year.

Apple export figures are set to rise by 6 per cent to 1.63m tonnes, although for pears there will be a decrease of 1 per cent on exports to 684,582.