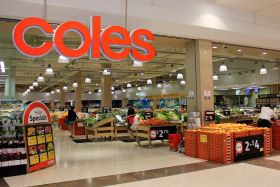 The Australian Competition and Consumer Commission (ACCC) has approved the five acquisitions, though Coles initially proposed the acquisition of nine stores.

The deal was restructured after the ACCC expressed concerns that the original deal would lessen competition.

“We were also concerned that the proposed acquisition, as originally structured, would have led to significant competitive harm in some of the local markets in the ACT and NSW. In these areas, Coles and Supabarn stores are located close together, and there is limited competition from other supermarkets,” ACCC chairman Rod Sims said in a statement released 10 March.

“However, the deal has since been restructured in a way that removes the most problematic stores, as well as two other stores of lesser concern.

“It also retains Supabarn as a supermarket chain after the acquisition is completed with Supabarn being free to compete under the Supabarn name.”

Coles will acquire supermarkets in Canberra Centre, Kaleen and Wanniassa in the ACT, and two stores in NSW in Five Dock and Southerland.