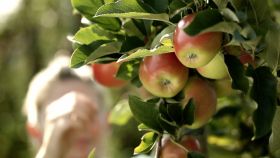 Germany based agricultural conglomerate BayWa has announced that it finished the first half of 2016 with "significant earnings improvement", as EBIT rose by €8.6m to €55.3 million, a year-on-year increase of 18.4 per cent.

Total group revenues increased slightly to €7.5bn in the opening six months of the year, up from €7.4bn in the same period of 2015.

According to BayWa, a positive starting position, especially in renewable energy and fruit, as well as an expected recovery in international agricultural trade activities, will lead to good opportunities to further expand its EBIT year-on-year over the course of the current financial year.

“Our internationalisation and diversification in our core areas of business once again guaranteed BayWa’s positive earnings development,” said Klaus Josef Lutz, chief executive of BayWa AG. "International fruit trading and, in particular, the business with renewable energies more than compensated for the effects of a difficult agricultural market environment, thereby driving the significant improvement in EBIT.

“The traditional business units conventional energy and building materials also managed to take advantage of the favourable market conditions in their core markets and make a positive earnings contribution,” Lutz continued. "A good basis is in place to finish the year up on 2015. This opinion is founded primarily on the positive prospects for renewable energies and fruit. BayWa also expects an increase in the international agricultural trading business in the third and fourth quarters."

Despite a challenging market environment with low producer prices and a corresponding reluctance among farmers to buy operating resources and, as expected, agricultural equipment in particular, the agriculture segment fared well, especially in the second quarter.

According to BayWaThis was due first and foremost to T&G Global’s successful fruit business in New Zealand and the newly acquired Dutch supplier of tropical fruits TFC Holland, while the business unit also benefited from the sale of the packaging logistics unit in New Zealand.

"In the fruit business, the fruit harvest promises good marketing opportunities for apples from New Zealand," the group noted.