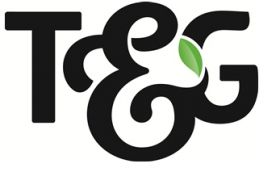 New Zealand-based T&G Global has announced a net profit of NZ$22.7m over the first six months of 2016, a significant improvement on the NZ$12m it made over the first half of 2015.

The company said the increased profit was derived from existing operations and the impact of acquisitions made in 2015. A one-off gain from the sale of the T&G’s crate business also contributed to the result.

T&G’s chief executive Alastair Hulbert said it was a pleasing result in a complex and competitive global market.

“It’s been a challenging first six months for some of our apple growers, particularly those in Nelson who were hit by severe hailstorms. Some growers lost their entire harvest and T&G lost roughly 10 per cent of its potential volume for the first six months of the year,” Hulbert explained.

“A warm summer in New Zealand led to delays in pipfruit exports and local citrus sales. However Northern hemisphere markets are performing strongly with increased sales volumes and firm pricing, especially for Jazz and Envy apples. In the diversified business, our Australian operation has been a standout performer in the first half of 2016.”

Hulbert said T&G would continue to invest in its business infrastructure globally, having recently opened offices in Wenatchee in Washington State and Bangkok.

"T&G is on a journey to increase our supply base and become fully integrated from growing to selling in sustainable growth categories namely pipfruit, covered crops, table grapes and asparagus," Hulbert said. "Having a stronger in-market presence will enable us to better support our customers, continue to grow the business and reach our aspirations.”