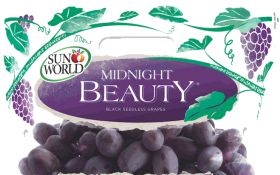 New Zealand-headquartered T&G will have the rights to market grapes from its production base in Peru, where it has been active since 2003 through its trading business previously known as Delica. In 2014, T&G acquired 340ha of land in the northern Peruvian region of Piura for the planting of table grapes, a project headed up by Nick Fitzpatrick, the group’s general manager of Americas.

The companies will work to ensure retailers have access to a full-line of proprietary Sun World varieties, including Midnight Beauty Sable Seedless and Autumncrisp.