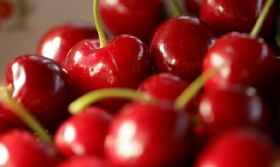 Chinese food group Winha will use a planned listing on the Australian Stock Exchange (ASX) to pursue a 49 per cent stake in premium Australian fresh food supplier Flavours, according to Australia Associated Press (AAP).

The A$2m deal will see Flavours’ founder Pater Cannavo and Jason Elbob remain with the company, and retain their majority share, though Guangdong-based Winha will have the option to purchase the remaining 51 per cent stake in 2019.

Melbourne-based Flavours supplies Australian restaurants including Rockpool and the Qantas First Class lounges, with Winha looking to source premium Australian produce for its clients in shops and restaurants in China.

Winha chairman Jackie Chung said he expects trade between the two countries to grow rapidly off the back of the China-Australia free trade agreement, which came into effect in December 2015, with Flavours to source premium fruit, vegetables, meat and honey and sell to Winha for the Chinese market.

Winha is planning to raise A$10m in its inital public offering, issuing shares at 35 cent each, valuing the company at up to A$35m. The company is also planning to use some of the funds to establish orchards and farms in China, as well as expand its retail network there.