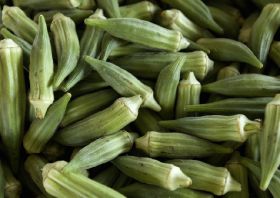 Fiji is looking to boost its exports of fresh fruit and vegetables through a new food irradiation project.

The Pacific nation has presented a proposal to the International Atomic Energy Agency (IAEA) for a technical cooperation project in 2018/19.

The project would allow Fiji’s fresh produce, such as mangoes, okra, papaya and breadfruit, to be treated for fruit fly. At the moment, Fiji is treating its produce with high temperature forced air (HTFA), with a facility at the international airport in Nadi.

Hillary Kumwenda, CEO of the Biosecurity Authority and leader of the development of the technical cooperation project, said introducing a food irradiation facility would benefit the 250 growers and 15 exporters in the country.

“At the moment the HTFA plant can treat a maximum of 3,000 tonnes of fruits and vegetables per year. However, Fiji has capacity to significantly increase its exports, if a new technology such as food irradiation is introduced,” Kumwenda said.

The IAEA organised a ‘pre-project assistance mission’ from 3 to 7 April to assess the scope of the project, with field trips to major fruit and vegetable growers in Nadi, Sigatoka and Navua. A feasibility study will now be undertaken to identity resources and infrastructure required for the project.

The Fijian government has set a goal of boosting its economy from 2015-2025 under its ‘Better Fiji for All’ framework.

Faiyas Siddiq Koya, Fiji’s minister for industry, trade and tourism, said introducing food irradiation for exports would benefit the country and develop Fiji into an internationally competitive economy and a hub of the Pacific.