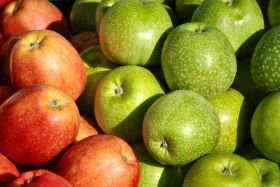 The World Apple and Pear Association (WAPA) held its Annual General Meeting at Fruit Logistica in Berlin on 9 February, with representatives of the key global apple and pear producing and exporting countries meeting to discuss the Southern Hemisphere production forecast, the final update of the Northern Hemisphere, and the various actions regarding marketing, promotion, and sustainability within their countries.

During the meeting, the consolidated crop forecasts for the forthcoming Southern Hemisphere apple and pear seasons were discussed and published, having been collected from industry associations in Argentina, Australia, Brazil, Chile, New Zealand and South Africa

The figures showed that the 2018 apple Southern Hemisphere crop is expected to be stable compared to last year, at 5.31m tonnes, with exports rising from 1.63m tonnes to 1.65m tonnes,

Overall the Southern Hemisphere season is due to start with one to two weeks of delay compared to the average, WAPA noted.

Additionally, the figures for the 2017 EU Northern Hemisphere forecast were confirmed, with 9.19m tonnes for apples and 2.21m tonnes for pears.