New South Wales grower, Rombola Family Farms, has been named as the source of a listeria outbreak that caused the drop in sales 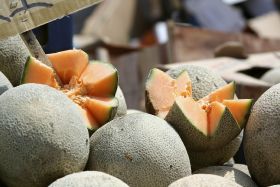 After four deaths and 17 reported ill, an outbreak of listeria in rockmelons has been traced to Rombola Family Farms in New South Wales (NSW).

ABC News reported that consumers as far away as Western Australia (WA) are put-off from buying the fruit, and demand across the country has fallen by 90 per cent.

Earlier this week Australian Melon Association development manager, Diane Fullelove, was calling for the contaminated farm to be named in a bid to protect the reputation of other growers.

WA rockmelon grower, Dane Capogreco, told The West Australian that his business should be harvesting around 100 tonnes a day at this time of year, but currently he can barely sell 1/10th of that.

As soon as the outbreak occurred, the Rombola Family Farms fruit was voluntarily withdrawn from all outlets around Australia. Other farms who supply the market have been tested and cleared for supply.

Despite this, food safety experts predict it might take years for consumers to regain their confidence in rockmelons.

Capgreco told ABC News that he had just returned from a trip to Japan where the stories circulating were “Australian rockmelons, killer disease, listeria killed four.”

Listeria is bacteria which is typically digestible by most healthy average adults. The infection becomes apparent and can be fatal in “at risk” groups like elderly people, newborns and those with a weakened immune system.

The NSW Food Authority are currently investigating the exact cause of contamination at Rombola Farms, and as of 1 March all affected melons had been removed from the supply chain.