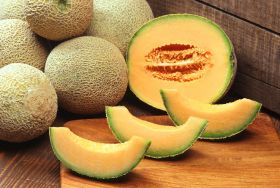 This follows an outbreak in February of listeriosis which caused six deaths and left 13 ill.

ABC News reported that in a statement, Rombola Family Farms said that neither an authority or microbiologist was able to identify any contamination associated with the farm’s washing, packing and storage facilities.

“There was very much direct linkages and direct proof that their rockmelons were responsible for the outbreak,” said Day.

“We got positive testing in 20 rockmelons taken from different shops from Rombola [and] across the state, five whole rockmelons from different boxes from that farm, a boot swab from the packing area at the farm itself.”

“We are asking the growers supplying rockmelon now to brand or identify their rockmelons so that consumers will know the origin of the fruit,” she said.

Other brands have also been approved and restocked in select supermarkets over the past few weeks.

Rombola said it will undertake the mandatory testing which is part of the NSW State Food Authority’s clearance program, as well as daily voluntary testing.