Group suffering from 'provisional setbacks across all segments', although confidence in the future remains intact 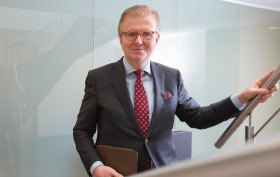 Food giant Greenyard has revealed its preliminary annual results for the full-year to 31 March 2018, showing what the company has called a 'modest drop' in recurring earnings before interest, taxation, depreciation and amortisation (REBITDA) compared to last year.

While its top line of €4.175bn was in line with consensus, the group noted that margins were 'under pressure' and that it was currently suffering from 'a provisional setback across all segments'.

Chief executive Hein Deprez confirmed that the annual results had not met expectations, noting the impact of "certain external factors" on Greenyard's results.

The company noted that growth in its Fresh segment was temporarily decelerated and that upfront investments were initiated which are not yet fully up and running. Additionally, Horticulture suffered from the winter conditions in the fourth quarter, which postponed traditional spring activities.

Greenyard expects full-year REBITDA to come in at around €140m, a drop of 4 per cent year-on-year, while profit before tax should climb from €0.8m to €5m.

"Our confidence in the future remains intact, based on the direction we took at the end of January: together with the board, Greenyard’s management concluded that we need to be even closer to our customers," said Deprez. "This resulted in a further strengthening of our management teams at the business segment level.

"Since this significant change in the organisational structure, Greenyard has become more agile and decisions are taken much faster," he added. "Furthermore, we are scaling up our operational excellence programme and are planning to step-up investments for future growth.

"We remain highly convinced that Greenyard has the right strategy and priorities in place to continue generating profitable growth. Despite our 2017/18 results, we remain confident to realise an increase of 10 per cent in REBITDA for the current year 2018/19, starting 1 April 2018."