Following unmet contract conditions at the expected completion date, the deal has currently not been ratified 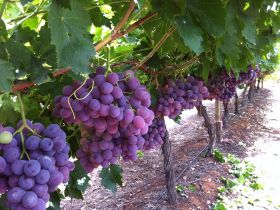 An acquisition deal for Nangiloc Colignan Farms (NCF) in Sunraysia by Australian fresh produce group, Nutrano, has been put on hold.

Following an expected completion period, agreement on the deal had not been reached.

“The acquisition and the contract were subject to the satisfaction of certain conditions, which as at the expected purchase completion date of 31 May were still not complete,” Nutrano said in a press release today.

Fruitnet reported on the deal on March 13, which would expand the Nutrano’s citrus operations, and expand its portfolio on table grapes.

Nutrano is still positive that an agreement can be reached.

“We continue to be excited by the Nangiloc Colignan Farms opportunity and Nutrano remains optimistic that a transaction can be completed in the future,” said Nutrano CEO Steven Chaur.

Chaur said Nangiloc Colignan Farms is a well-respected and premium fruit growing operation and it is disappointing for all parties that the transaction could not completed at this time.

The news follows Nutrano's appointment of Pierre van Rensburg as the group's new general manager - Sunraysia on May 30.