Volumes climb 27 per cent year-on-year to 17,785 tonnes on the back of China access 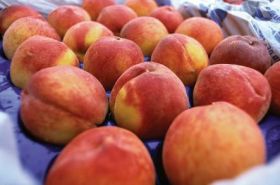 Access to the Chinese market has propelled Australia’s stonefruit industry to its best export performance in over a decade.

The volume of Australian peaches, nectarines, plums and apricots exported over the 2017/18 season climbed 27 per cent year-on-year to 17,785 tonnes, according to figures released by peak industry body Summefruit Australia. The trade was valued at A$65.17m (US$48m).

China was the leading destination, receiving 4,985 tonnes of fruit during the season (November to May), while Hong Kong took 3,308 tonnes. Australia gained direct access to China for nectarines in 2016, followed by peaches, plums and apricots in 2017.

“For China to become the leading market for Australian summerfruit in the first year of full access is a fantastic result rewarding all the hard work by the industry and government over many years of negotiations,” Summerfruit Australia CEO John Moore said.

Region-by-region, Asian markets accounted for over 75 per cent of Australian stonefruit exports, while Middle Eastern markets made up 20 per cent of export sales. According to analysis by Fresh Intelligence Consulting, stonefruit imports by key Asian markets from all sources have increased from 90,000 tonnes to 146,000 tonnes over the last 10 years.

Over 40 per cent of Australia’s stonefruit exports over 2017/18 were nectarines. A further 30 per cent were plums, 28 per cent peaches and 2 per cent apricots.