The US$10.4m sale will see new owners become long-term suppliers to the company 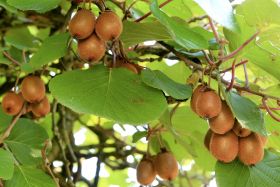 The final sales figure of US$10.4m was higher than its existing purchase price plus holdings, the company said in a statement.

As part of the sales agreement, the new owners will enter into long term supply contracts with Seeka, who will manage the orchards on behalf of the purchasers.

Settlement for two of the orchards is scheduled 10 days after due diligence completion. Settlement for the remaining will be completed upon subdivision, which is expected to take place in the next two to six months.

Four of these orchards, listed for sale in August, were part of a purchase by Seeka from T&G Limited which occurred in April this year.

The company said the sale of the orchards will allow it to focus on refurbishing a Kerikeri packhouse and cool store acquired as part of the T&G transaction.