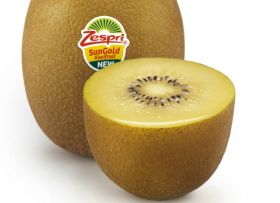 Zespri has come out on top as Company of the Year at this year's Deloitte Top 200 Awards in Auckland, an event recognising business excellence in New Zealand.

The judges recognised the kiwifruit giant's innovation and long-term strategy success, pointing to its profitability and shareholder returns.

The awards marked a double success for the company, with Peter McBride – who will retire from his role in February – named as Chairperson of the Year.

"Such a great honour to win Company of the Year at the #DeloittesTop200 awards last night and also to have our Chairman, Peter McBride recognised for his outstanding leadership by being awarded Chairman of the Year — thank you to all our supporters," Zespri tweeted.