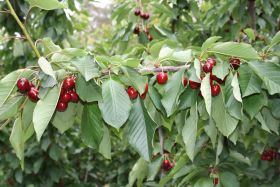 Following the discovery of Queensland fruit fly in northern mainland Tasmania in early 2018, regulation in control zones to stop the movement of fruit fly host produce has been lifted.

The lift was officially declared at 12:01am on 9 January after six months without a detection.

Local and domestic trade has reopened for the region around Devonport in Tasmania’s north allowing the normal movement of host produce to resume. However, it will take official recognition from international trading partners to resume treatment-free export.

Biosecurity Tasmania said in a release it was working closely with the Australian Government to finalise technical information for trading partners to reopen international markets.

Australia’s assistant minister for agriculture, Richard Colbeck told ABC News that some countries may send representatives to Tasmania to inspect before recognising the pest-free status and noted Indonesia would likely not be ready until February.

“Indonesia have indicated to us they recognise we are coming to the end of this period,” he said. “They've said that they have a window available for us at the end of January for us to present our data to them.”

Late last year a detection of fruit fly was made on Tasmania’s Furneaux group of islands off the island-state’s north coast. Due to this, control zones still remain on the islands until March pending no further detections, however, the islands are not significant commercial production areas.

Regular fruit fly monitoring protocols will now resume, including checks of traps across the trapping grid.

In late November the Australian government pledged A$16.9m in funding toward new technology to provide advanced warnings of fruit fly movements across the nation.