Webster takeover on the cards 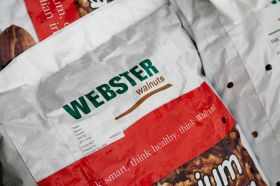 Leading Australian tree nut producer Webster is the latest agribusiness at the centre of a takeover bid from a Canadian pension fund.

If approved, the deal will give PSP Investments, one of Canada’s largest pension investment managers, a 100 per cent stake in Webster. PSP already holds 19.1 per cent of ordinary shares in the Australian company.

A price of A$2 per share has been offered under the SIA. In a statement issued on Thursday (3 October), Webster advised shareholders the offer represented a premium of 57 per cent on the most recent closing share price (2 October), and a 60 per cent premium on the 30-day weighted average price.

Ordinary shareholders will have the opportunity to vote on the SIA at a meeting likely to be held early next year. Should the requisite majorities be reached, implementation of the SIA will be subject to approval from the Australian Competition and Consumer Comission (ACCC) and the Foreign Investment Review Board.

A diversified agribusiness based in Leeton, New South Wales, Webster’s portfolio includes walnut and almond orchards in mainland Australian and Tasmania. It also has significant water entitlements linked to its tree nut business, along with row cropping and livestock businesses.

The move comes after the Ontario Teachers' Pension Plan, Canada's largest single-profession pension fund, completed the purchase of Western Australia’s Jasper Farms in late 2017, along with the acquisition of US apple business Broetje Orchards in 2018.