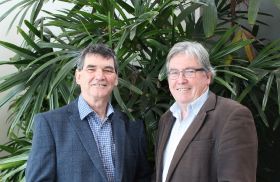 The National Plant Biosecurity Status Report brings together contributions from over 100 government, industry and research organisations and provides a comprehensive overview of the state of plant biosecurity in Australia in the previous calendar year.

“2019 was challenging for agricultural industries in Australia with extreme climatic events impacting production across the nation,” said McCutcheon.

“Fortunately, our crops and native plants continue to be largely protected from the consequences of pests that affect plants overseas by a highly effective biosecurity system.”

Despite 2019 beginning with devastating flooding in the far north, the report said for a large portion of Australia it was the driest and warmest year on record, a factor compounded by more than 100 fires that impacted the south-east of the country.

The growth in Australia’s trade also provided an increasing risk as one of the main ways plant pests spread is through the movement of goods and people.

Australian biosecurity officers intercepted more than 290,000 items of biosecurity concern across the country, including approximately 40,000 items sniffed out by biosecurity detector dogs.

The report details over 680 plant and pollinator biosecurity research, development and extension projects and 112 plant pest surveillance programs undertaken in 2019.

Another key feature of the report is the profiles of over 35 plant industries. Each profile highlights the industry’s economic value, major growing regions, key exotic pest threats and biosecurity initiatives.

The profiles also track the value of each industry over time, painting a picture of the growth of some industries and the challenges faced by others.

Produce Plus is now available to read on your phone or tablet via our new app. Download it today via the App Store or Google Play