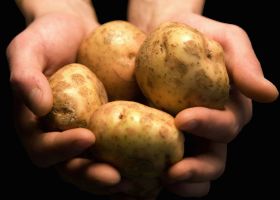 Mitolo Family Farms will complete the acquisition of Thomas Food International’s (TFI) potato business, after Australia’s competition regulator announced it would not oppose the sale.

In May, Mitolo announced its intention to acquire TFI’s potato business, with the deal subject to ACCC approval.

ACCC deputy chair, Mick Keogh, said it had closely examined the effect of Mitolo’s acquisition of TFI on South Australian potato growers, rival packing sheds, and retail and wholesale customers of the parties, in making the decision.

“The decline in consumer demand for potatoes has created difficult circumstances for potato growers, which will continue to affect growers regardless of the transaction,” said Keogh.

“However, feedback from potato growers and other industry participants suggested that if Mitolo sought to lower prices it paid growers, most growers would be able to switch to rival packing sheds, and some would be able to swap to growing potatoes for processing into potato products,” he added.

The ACCC also determined rival packing sheds would continue to provide a viable alternative source of supply for retail and wholesale customers, if Mitolo tried to increase potato prices or decrease quality.

Keogh said it concluded growers and packing sheds will continue to be able to access a range of other varieties as well as future varieties that are being developed, allowing them to compete with Mitolo both now and in the future.