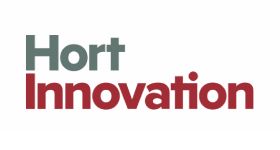 The online meeting was attended by a quorum of the organisation's voting members, with over 90 per cent of votes cast in favour of the amendments tabled.

Under the previous constitution, directors were eligible to serve for nine years. The majority of directors were appointed or reappointed by the existing board, rather than via an election of voting members.

The moves have been welcomed by the Australian Fresh Produce Alliance (AFPA), a high-powered association of Australian growers and suppliers.

With the new constitution in effect, Hort Innovation members will elect three new directors at the company’s annual general meeting (AGM) in November this year.

Hort Innovation is funded by compulsory levies paid by growers, along with contributions from the Commonwealth government. The Hort Innovation constitution requires that the organisation is accountable to levy payers, investors and the Australian government for the annual investments of up to A$120m.

“The 11,000 growers in the industry need investments which are focussed and commercially relevant. It is vital that Hort Innovation is accountable for the investment decisions made with grower levies and taxpayer funds.”