Summerfruit NZ chair to stand down 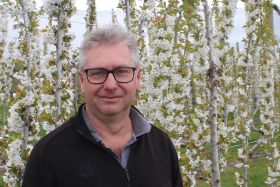 Summerfruit NZ chair, Tim Jones, has announced he will stand down at the organisation’s forthcoming annual general meeting (AGM) in June.

Jones has been on the Summerfruit NZ board since 2009 and took on the chairmanship role following the 2016 AGM.

Jones, who is also chief executive of 45 South, thanked those involved in Summerfruit NZ, the industry as a whole, his family and people at 45 South for their support.

“My involvement with Summerfruit NZ spans nearly 13 years and I sincerely believe that it's time for new ideas and fresh thinking,” said Jones.

“Thinking about the highlights of my involvement with the organisation, I'd include the passionate people working for a better future for growers, the successful renewal of the commodity levy during challenging times (considering the direction of the industry) and seeing Apricot Co finally getting to launch stage.”

Looking forward, Jones hoped the current collaboration among growers and sectors continues, particularly when it comes to data.

“The willingness of growers to share data so that Summerfruit NZ can continue to advocate on their behalf has been vital this season. In addition, I'm hoping for a frost-free spring, rain-free cherry season, plentiful seasonal workers and a strong market,” said Jones.