Appeal from former grower who took cuttings to China is unsuccessful 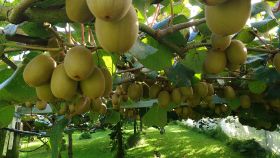 A former kiwifruit grower who took Zespri’s proprietary plant material to China has again been ordered to pay the kiwifruit marketer damages following an unsuccessful appeal.

Haoyu Gao appealed a 2020 ruling from the High Court New Zealand that found he had Gao had fraudulently offered to sell Zespri’s varieties, as well as the right to licence them, to parties in China – a right exclusively retained by Zespri.

Gao was also found to be facilitating the planting of Zespri’s varieties on Chinese orchards and breaching his contractual obligation to notify Zespri of any infringement that he was aware of.

On 7 September the Court of Appeal ruled the damages awarded to Zespri would be reduced from NZ$14.8m to NZ$12m, however, the rest of the appeal was dismissed.

"The court’s decision reaffirms the importance of Plant Variety Rights (PVRs). These underpin further innovation in horticulture and Zespri will continue to promote the role PVRS have in allowing industries like ours to explore new varieties with enhanced health and environmental benefits," said Ward.

“Zespri is also continuing to work to understand the ongoing challenge posed by unauthorised G3 plantings in China and assessing our next steps.”