Go-ahead for Philippine bananas to Aus 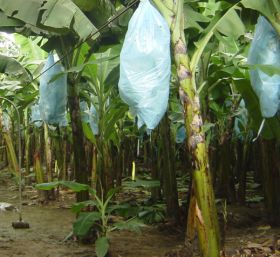 Access for Philippine bananas to the Australian market has been a 12-year saga, marring otherwise rosy relations between the two countries.

Philippine traders had threatened to bring Australia before the World Trade Organisation if it didn’t complete the biosecurity analysis by the end of the year as promised.

Growers are concerned imported bananas could expose the Australian industry, worth A$417m to growers, to diseases such as moko, black sigatoka and freckle. Queensland peak horticulture body Growcom said it was “gravely concerned and alarmed”.

Imported bananas would also be significantly cheaper than domestically grown fruit, and Australian growers are worried they will not be able to compete.

Business analyst firm IbisWorld predicted imported bananas will control 25 per cent of Australia’s market share within five years, and sees the fruit as part of a wider trend.