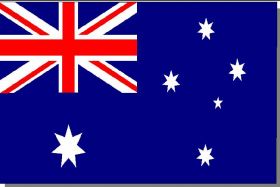 Greek currants were being dumped on the Australian market at a low price, according to the complainants, which was hurting local growers already struggling with a drought.

The government announced it would put a tariff on the imports last week, and the move has been welcomed by the Australian Dried Fruits Association’s Phil Chidgzey, who said it will help growers get better prices.

“Having the duty applied to imports - at least there’s a real positive in the marketplace…during tough times,” he said.