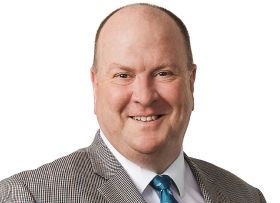 Peter McGregor has been appointed interim managing director and CEO

Steven Chaur has resigned from his role as managing director and CEO of Nutrano Produce Group with immediate effect.

According to a release issued by Nutrano this morning, Chaur is looking to “pursue other interests outside of the company."

Existing board member Peter McGregor has been appointed interim managing director and CEO.

Chaur joined Nutrano to lead the company through the transition to a public company. In June 2017, Nutrano’s board decided against proceeding with an initial public offering, in favour of focusing management’s efforts on driving the company’s growth strategies and integration programme.

“The board would like to thank Steven for his contribution and efforts in leading Nutrano through this transition period,” the release said.

Aubort is well known to the Seven Fields and Abbotsleigh businesses having worked as an independent board member for a number of years prior to their acquisition by Nutrano.

“We continue to be very excited about the consolidation and growth in the agricultural sector,” McGregor said. “While Nutrano is a relatively young company, the businesses acquired have long established trading histories with respected management teams and employees.

“We are very pleased to be able to leverage the industry experience of both George Haggar and Peter Aubort as we continue to grow Nutrano.”